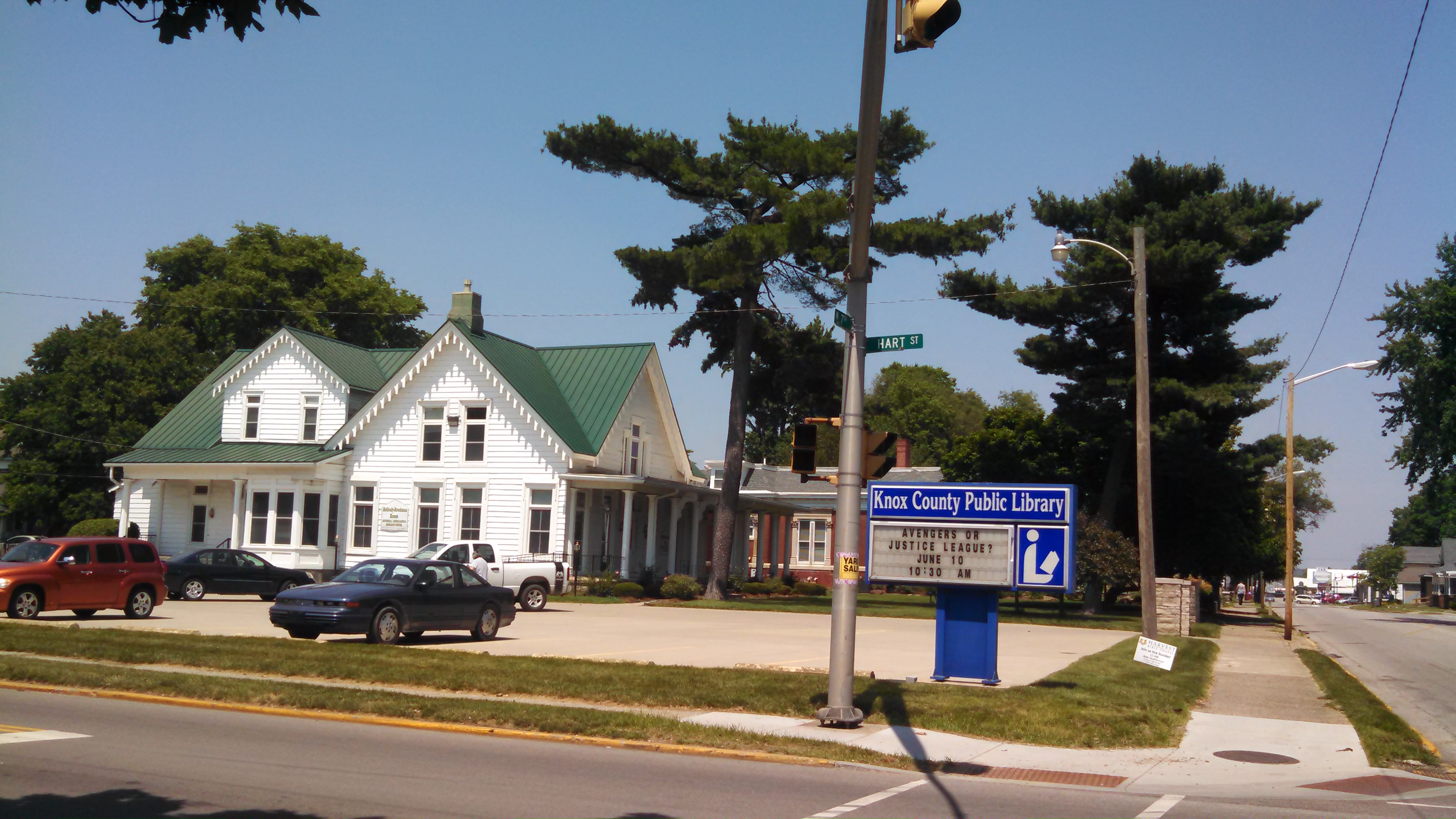 614 N 7th
McGrady-Brockman House on the north side of 7th and Hart Streets and across Hart Street from the main library
Read More... 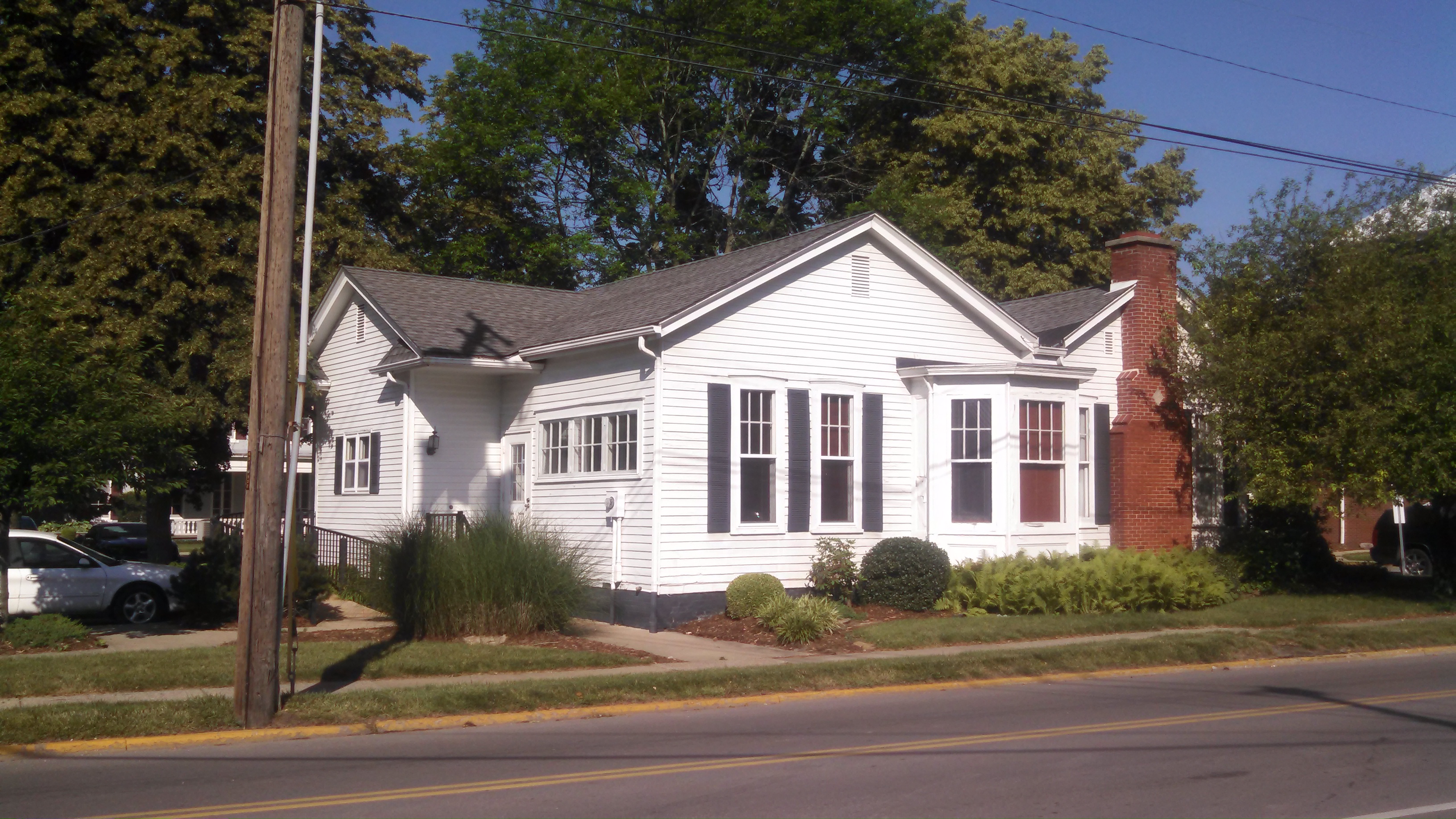 521 N 6th
Meeting House behind the main library, with adjoining parking lot, at the corner of 6th and Hart Streets.
Read More...

502 N 7th
Main Library on the south side of 7th and Hart Streets
Read More...

Due to hardships presented by the Covid-19 pandemic, the library is not currently charging overdue fines. Even though no fines are being charged for overdue items, patrons are responsible for renewing items checked out on their accounts. The Library will still be charging replacement costs for lost or damaged items. Please contact the library with specific questions or concerns on your items.

The only Collegiate Gothic style Carnegie library in the state, the original library was dedicated to the public in 1919. Winner of the 2015 Regional Preservation Award from Indiana Landmarks, this building is the hub of the library campus. Because of the philanthropy of Andrew Carnegie and permanent tax support from local citizens, the library proudly shines as a beacon of enlightenment. Community is the heart of the Knox County Public Library. A wealth of programs, services and materials for people of all ages and walks of life are available here. For demonstrating remarkable public services and programs to its community, Knox County Public Library was the recipient of the Indiana Historical Society 2012 Outstanding Historical Organization Award.

Established in 1889 on the second floor of Vincennes City Hall, this library has played a major role in the community’s educational and cultural development. With funding from philanthropist, Andrew Carnegie, the Collegiate Gothic style library building was dedicated in 1919. A modern addition was dedicated in 1976 and it became the Knox County Public Library in 1978. The library’s mission is to meet the informational, educational and cultural needs of the community.

The library’s primary fiscal support is through local property taxes. Substantial support is from the County Option Income Tax (C.O.I.T).

Board of Trustees and Appointing Authorities

The Board of Trustees is the fiscal and administrative body of the library. These trustees are appointed by elected officials.

President, Yvette Kirchoff
Appointed by the Vincennes Community School Board

Secretary, Janice Mott
Appointed by the Vincennes Community School Board

We, at the library, were delighted to give Natalia Norrick her first library card on January 23rd. ...
View on Facebook
· Share